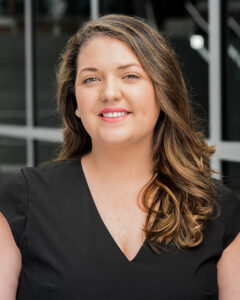 Sydni Kallam was raised in Spartanburg, South Carolina. After graduating with a bachelor’s degree from the University of South Carolina, Sydni earned her law degree from Charlotte School of Law in Charlotte, North Carolina. While in law school, Sydni worked with Ellis Law, LLC and the Seventh Circuit Solicitor’s Office.

Sydni returned to the Upstate after law school and began working as an Assistant Solicitor for the Seventh Circuit Solicitor’s Office where she worked for four and a half years.

Sydni was the DUI prosecutor in Spartanburg for over two years. While in this role, she prosecuted numerous Magistrate Court DUI cases, General Sessions Court DUI cases, and other General Sessions Court driving-related offenses. She then joined the office’s drug crimes team, during which time she prosecuted cases involving possession, distribution, and trafficking level drug offenses. She also co-authored an article for the May 2017 issue of South Carolina Lawyer magazine titled “Procedure and Proof in Civil Drug Forfeitures.”